The History of Hookah Smoking Tradition: Culture and Origins 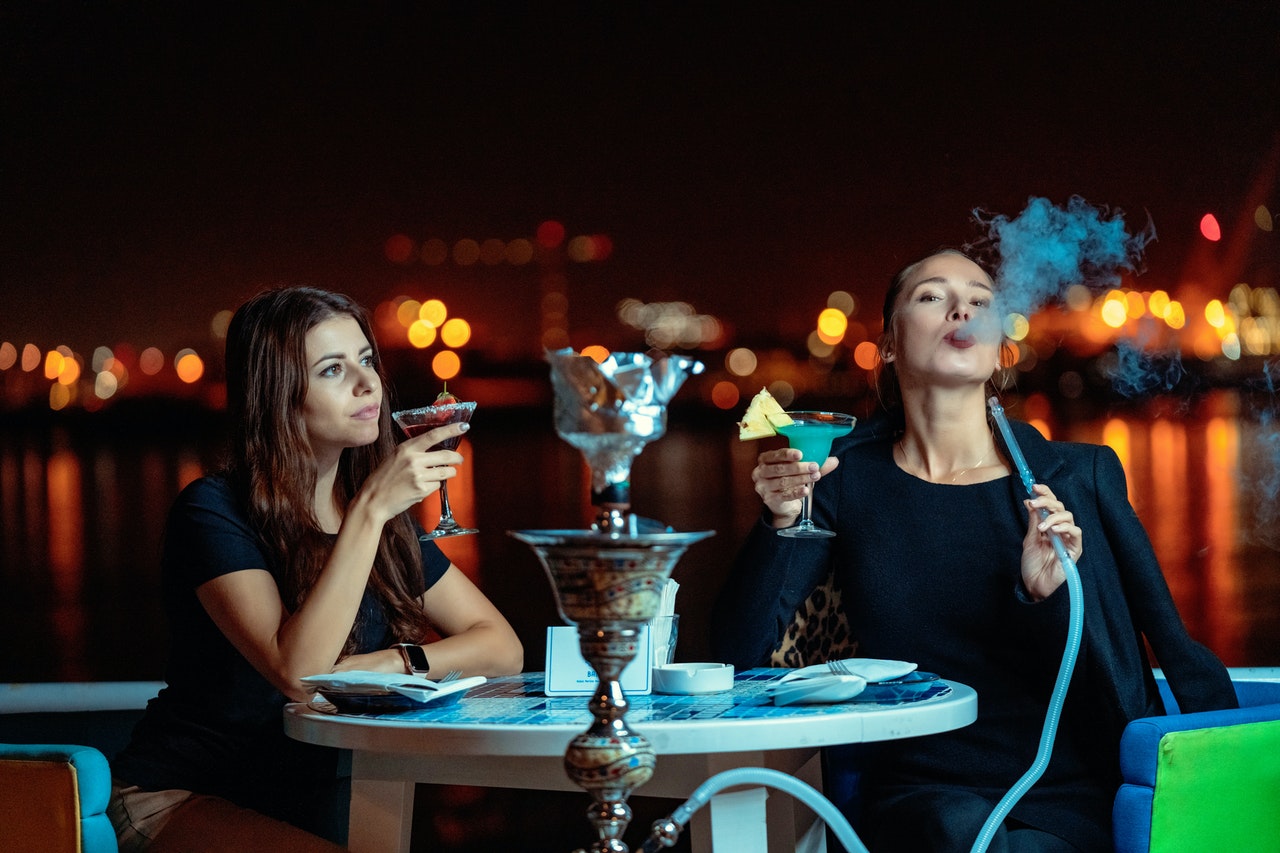 While the traditional practice of smoking hookah dates back hundreds of years, smoking shisha has found a renewed and widespread practice across the Middle East, India, North Africa, and beyond. Yet, many smokers, especially in the Western world, know little about the culture and history behind hookah smoking. Luckily, the professionals at Euphoria UAE have put together this helpful guide to help novice and experienced smokers understand the history of hookah.

The term hookah comes from the word haqqa, which means “pot, jar” and “cavity, hollow.” Hookah is a water pipe that is used to smoke sweet and flavoured tobacco. Hookah is one of the more commonly used names around the world, but the tradition is also known by many other different names too. Some of them include shisha, nargile, sheesha, okka, goza, etc. The hookah pipe is usually large and includes a water chamber, a tobacco chamber, and one or more flex tubes that permit smokers to inhale at the same time.

History of Hookah in India

Hookah smoking was invented during the 16th century in India during the Indian glass manufacturing business boom. During this time, Portuguese traders transported shipments of Brazilian-grown tobacco leaves through their trade routes, including India. As the story goes, the Moghul ambassador Asad Beg gifted some tobacco leaves to Emperor Akbar. Akbar’s chief physician was concerned about the health effects of smoking through an unfiltered pipe, and he suggested the tobacco would be less harmful if it passed through water before being inhaled. The emperor listened, procuring a molded glass vase, and voila, the first hookah pipe was invented.

History of Hookah in Iran

The mystery and culture behind the hookah began to travel beyond the borders of India to spread to Iran, where hookahs were used to smoke Ajami (strong flavourless tobacco). Despite being illegal at the time, tobacco was heavily traded in Iran in the 16th century. At the time, it was smoked in a device called a ḡalyān (or qalyān), which roughly translates to “to bubble up” and “the water reservoir of a pipe.”

The hookah gained popularity and continued to make its way through the Persian Kingdom throughout the 16th and 17th centuries, including Pakistan, Afghanistan, the UAE, and the greater MENA region. While many attribute the birth of the hookah to India, considering that it was a Persian physician who developed the hookah in India, it’s not entirely known if the hookah originated in India or if it had previously existed in Iran before this event.

Hookah Spread Around the Globe

While the origins of hookah are debatable, we know a bit more about how the tradition of hookah has grown and spread around the world since its inception in the 16th century.

The Culture of Hookah

Since its creation, the hookah has come to symbolize trust, respect, friendship, pleasure, and relaxation. In diplomatic and royal settings, sharing a hookah pipe with guests and dignitaries was a gesture of good faith. In fact, not offering the hookah was often considered insulting. Throughout history, royals, dignitaries, and imperial officials often included an image enjoying their hookah pipe to portray their wealth and prosperity in their commissioned portraits. Regardless of the region, each country took great care and pride when manufacturing hookah pipes, leveraging their natural resources, and skilled artisans to create functional and attractive designs.

As the years and centuries passed, tobacco became more affordable to the middle class, allowing family and friends to smoke with each other. Hookah became the centerpiece for intimate conversations, small gatherings, and even business meetings.

Whether you are a new smoker or have enjoyed hookah for years, the professionals at Euphoria UAE are on standby to help enhance your next hookah experience. From new flavours and accessories to catering your next shisha session, we look forward to hearing from you. Contact a member of our team today!